Subscribe to our emails to receive a 20% off discount code, exclusive promos, first access to new products, and more!

A compression sock is a garment that places gentle pressure all around a limb to assist venous return. It looks something like a sleeve for the leg but with fabric around the toes. The heart sends oxygen-rich blood out to the rest of the body through arteries. Oxygen-depleted blood returns to the heart and lungs through veins. 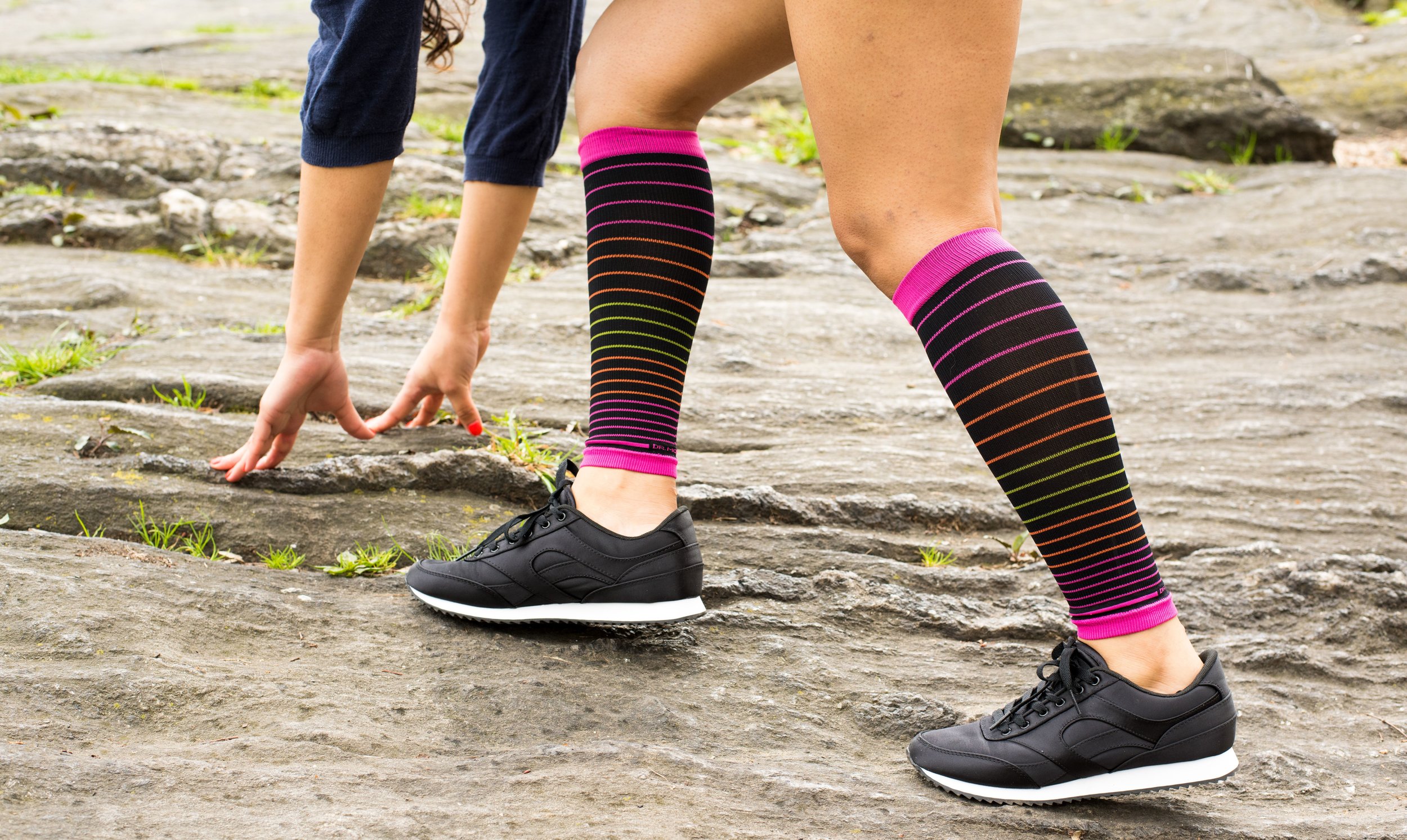 BUT WHAT ARE THE BENEFITS OF COMPRESSION SOCKS FOR RUNNERS?

When runners wear compression socks, the heart does not have to work as hard to pump blood against the force of gravity. Pulse rates don't go up as fast. Muscles in the leg receive more oxygen. This means that you can run harder and faster before you begin to feel a burn. Increased circulation to muscle doesn't just reduce production of lactate. By providing more oxygen to muscles, it powers down the muscle's response to stress. Muscles don't get as tight or as tense, thus are less likely to go into spasm -- perhaps allowing you to run faster and farther.

IS THERE ANY PROOF OF COMPRESSION SOCKS RUNNING BENEFITS?

For competitive runners, winning is often about very small differences. Hundredths of a second separate first place from second place.

Tests of compression socks have not found that they make statistical changes in running performance. That's not possible when you are working with tiny groups (less than 20 athletes) of elite athletes. But scientific tests of compression socks have found that they make measurable differences. For example, here are the findings of a study of 12 well-trained runners by the Australian Institute of Sport and the University of Tasmania.

The study leaves open the possibility that wearing sleeve-like compression socks gives runners a tiny competitive edge in training and competition. But the real benefit of compression socks is that they enhance recovery. Wearing compression socks makes it easier to train for winning performance, getting you back on the trail or track in tip-top shape. 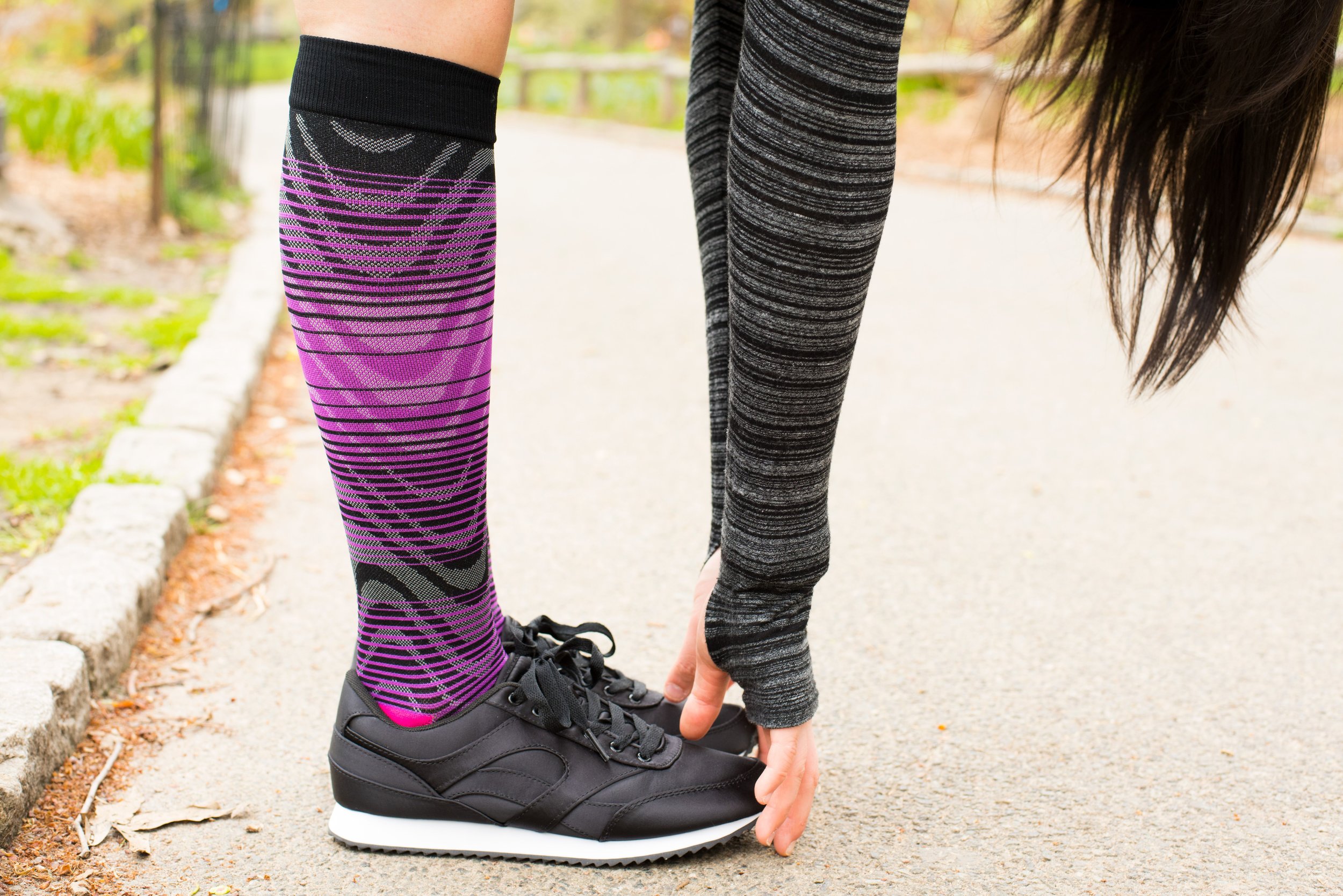 WHAT ARE THE BEST COMPRESSION SOCKS FOR RUNNING?

Dr. Motion compression socks are easy to wear. The band at the top is non-binding. The toe seam is smooth. They are anti-microbial. The reality of locker rooms is that they have lots of germs. Dr. Motion socks use fabrics that fight germs. And they also have an anti-odor weave.